Previous Post
The Encyclopedia of Applied Animal Behaviour and Welfare

Pests and Vector-borne Diseases in the Livestock Industry

Pests and Vector-borne Diseases in the Livestock Industry 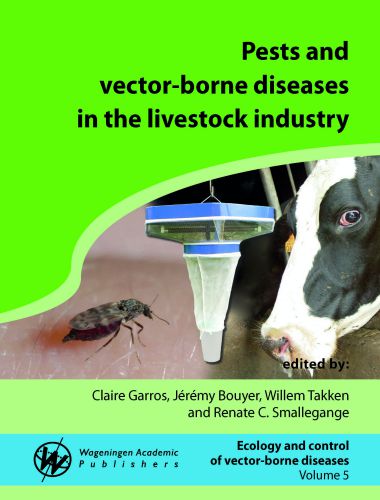 Livestock forms one of the important economic pillars of human societies as the principal source of animal protein in nutrition. The animals are commonly held in small or large flocks and herds, and depending on the state of the economy as well as cultural practice, in purposefully-designed buildings, outdoor fields or allowed to range free, where they may even cross the border between countries.

Many species of arthropods have formed associations with animals, feeding on animal waste, carcasses as well as on skin, live tissue and body fluids (Williams 2009). Notably among the latter group, several arthropods transmit infectious pathogens (viruses, bacteria, protozoa, nematodes) that can be fatal to the animals, and cause huge economic loss to livestock holders (FAO 2016). Methods of animal husbandry include measures for the prevention of arthropod pests and vector-borne diseases.

These require often large investments and are mostly recurrent, creating a constant expense for the farmer and livestock industry. Although arthropods that act as ectoparasites or cause myiasis can inflict considerable damage, the vector-borne diseases deserve specific attention, as these can cause rapid and dramatic losses due to illness and death.

Global industrialization, followed by economic development and rapid growth of the human population, led to livestock production systems that can meet the demand for food from the increasingly-urbanized societies. These developments required a drastic change in methods of animal husbandry, allowing for significant increases in the numbers of livestock held by one farmer.

This, in turn, required changes in the way animals are being housed, looked after, fed and milked (cattle, sheep and goats). Similarly, poultry and pigs are kept at increasingly larger scales. The significant increases in the size of livestock production systems, often housing or herding thousands of animals at close range of each other, however, has provided arthropods and their