Ectoparasites Drug Discovery Against Moving Targets PDF. This first book specifically dedicated to ectoparasite drug discovery is unique in providing insights from the veterinary as well as the medical perspective, covering research from both industry and academia while paving the way for new synergies between the two research communities. 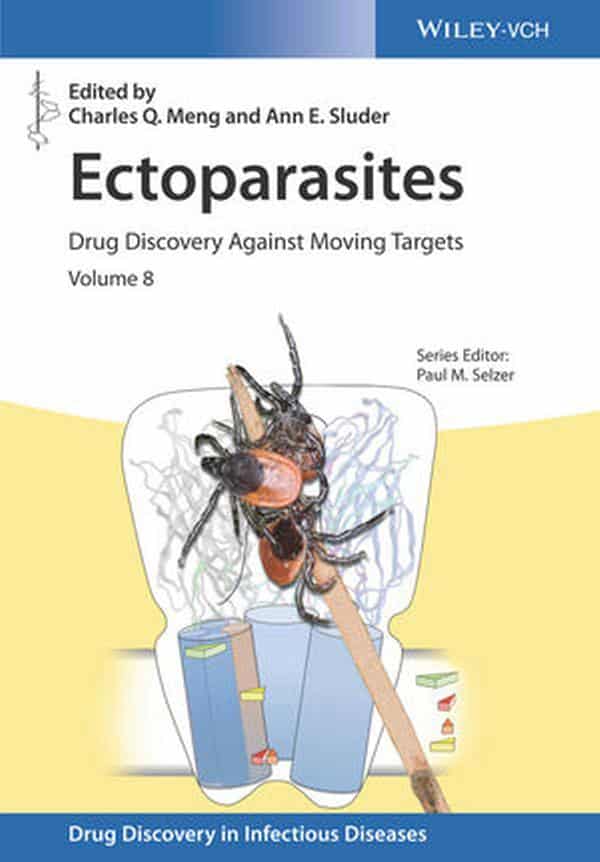 Infestation by ectoparasites has plagued humans, figuratively and literally, since ancient times; for example, lice are listed among the Biblical plagues visited upon Egypt and fleas transmitting bubonic plague have had devastating impacts on numerous civilizations over the centuries. Strategies for battling ectoparasites have an equally deep history, as evidenced by mummified lice found in ancient Egyptian combs and by perforated necklace beads that doubled as personal flea traps in medieval Europe. Although human ectoparasite infestations are less prevalent in modern developed countries due to dramatically improved living and hygiene conditions, infestation on domesticated animals remains a major challenge, causing nuisance in companion animals and livestock as well as lowering livestock productivity.

Ectoparasites can move between animals and from animals to humans, potentially transmitting various diseases in the process. Ectoparasite control strategies must therefore contend with the ability of the target to move, often quite quickly, as anyone who has ever wanted to kill a flea can attest. This eighth volume in the Drug Discovery for Infectious Diseases series reviews strategies and models for discovery and development of ectoparasiticidal treatments for use in both human and animal health. The challenges presented by moving targets are a common theme throughout, ranging from the market requirement for a rapid speed of kill to the design of effective containment strategies in whole‐organism drug screening assays.

The first section of the volume, Strategies & Resistance, presents various perspectives on what is needed to achieve effective therapeutic control of ectoparasite infestations. The section begins with a comparison by Woods etal. of therapeutic strategies against moving target ectoparasites with those against the less‐mobile endoparasites. Weber etal. review strategies for preventing disease transmission by ectoparasite vectors, for which speed of kill is an important consideration. Schetters reviews promising progress toward development of vaccines against ticks. The emergence of drug resistance threatens the utility of ectoparasiticides, especially for cattle tick and human head lice. Sager etal. and Lovis etal. discuss the threat, reality, and monitoring of drug resistance in cattle tick, particularly relevant for Southern Hemisphere markets such as Brazil and Australia. Clark reviews new developments in the control of human lice.