Scooter oldest cat marked his 30th birthday on March 26.His birth took place in 1986 . Longtime owner Gail Floyd says Scooter had died by the time Guinness conferred its title on April 8.Dr. Tricia Latimer says Scooter had lived to the equivalent of about 136 human years. 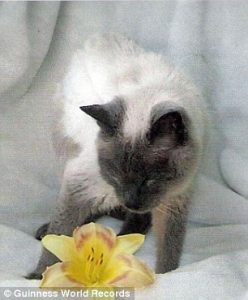 A Siamese cat recently cited by the Guinness Book of World Records as the world’s oldest living cat did not live to enjoy the title.Scooter marked his 30th birthday on March 26.However, his longtime owner Gail Floyd of Mansfield, Texas, told the Fort Worth Star-Telegram that Scooter had died by the time Guinness conferred its title on April 8. 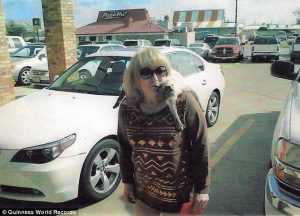 Scooter liked the simple things in life – snacking on chicken and receiving a blow-dry following a bath, according to Guinness.Referring to Scooter, Floyd had said in the release which announced the cat’s record: ‘He likes to see new places and he likes people.’Indeed, Guinness had revealed that: ‘Scooter has traveled to 45 of the 50 US states with Gail and often pays visits to the nursing home where Gail’s mom lives.’Before his death, Scooter had health concerns.Guinness said ‘in October 2014, Scooter broke his leg and has been undergoing medical testing and treatment ever since.’

Next Post
What is Red Bag ? How to treat Red bag delivery in Mare