Wild Boar – Dorothy Yamamoto. According to the Oxford English Dictionary, ‘wild boar’ is the ‘usual name of the wild species (Sus scrofa) found in the forests of Europe, Asia, and Africa’. 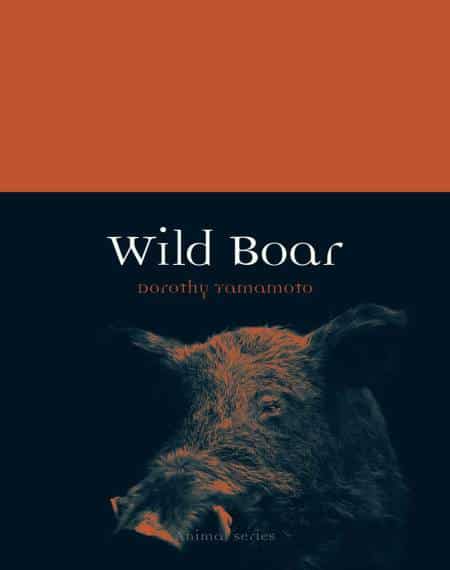 As such, wild boar are the ancestors of domestic pigs (subspecies Sus scrofa domesticus). If one could draw a straightforward line of descent, from wild forebear to farmed animal, things would be simple. But they are not.

In his book Pig (2011), Brett Mizelle describes the process of domestication and the accompanying changes in the animals’ appearance. The spots and stripes that had helped wild pigs blend into their surroundings vanished, tails curled, and ears, previously pricked for danger, ﬂopped.

The bodies of domesticated pigs became longer, and their legs shorter.1 Of course, these changes took a considerable time, and many of the pigs in medieval manu-script illustrations look more like our idea of wild boars, with narrow snouts, alert ears and slender, bristled bodies with a crest of hair running along the spine. Animals like these appear, for instance, in the Queen Mary Psalter (c. 1310–20), feeding under oak trees on the acorns which swineherds are knocking down from the branches.

The Luttrell Psalter, prepared for Sir Geoffrey Luttrell of Irnham in Lincolnshire in the early fourteenth century, shows a similar scene; the Psalter also has a separate vignette of a tusked boar with a curly tail.2 The practice of pannage – letting pigs loose in woodland, to forage for their own food – would certainly have meant that the wild boar had opportunities to mate with the farmed herd, especially as the acorn harvest coincided with the time of their rut. Indeed, the word ‘hybrid’, although not in general use until the seventeenth century, derives from the Latin hibrida, which speciﬁcally denoted the offspring of a tame sow and a wild boar. Even today, many breeds of pigs, from the hairy-coated Duroc to the Tamworth, with its pricked ears and long snout, differ in appearance from the familiar smooth pink pig of children’s stories.