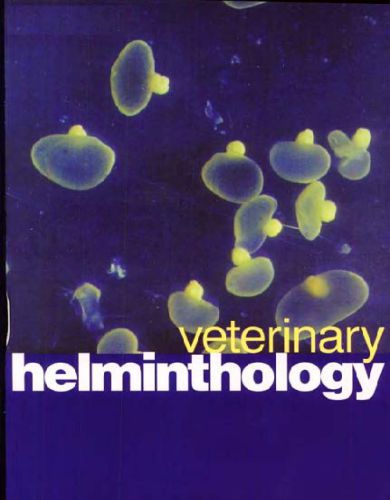 The aim of his book is to give an account of the helminth and arthropod parasites of domestic animals and, at the same time, to stress those practical aspects of the subject most useful to the veterinarian. The morphology of the parasites concerned is dealt with in a general way and sufficient account is given about their general characteristics to enable specific parasites to be identified. The parasitic diseases themselves and their treatment come in for rather fuller consideration.

The chief parasites of the common domestic animals of the world, and also kindred creatures affecting fur-bearing mammals, are included. If important parasites have been omitted it is only because, the author states, discrimination on this subject is difficult on the basis of existing knowledge. Medical and Veterinary Entomology 3rd Edition

According to Veterinary Helminthology and Entomology 3rd Edition Numerous large and small alterations and additions have been made to the text and some new illustrations added. Of the latter the most important are plates of worm eggs of the different domestic animals which, I trust, will be of considerable practical value. In order to complete these egg-plates the co-operation of colleagues in various countries had to be sought and I, as well as users of this book, owe them our appreciation for their kind and willing assistance.

It has not been the intention to present a complete manual, in which the information required by the veterinarian is buried in a mass of detail, but to give in a scientific way the most important practical facts of the subject. Many known parasites of domesticated animals are not mentioned because they are rarely seen or because little is known about their pathogenicity. It has naturally been difficult to draw the line here, as well as between the hosts themselves.

On the whole an attempt has been made to include the important parasites of all the important domesticated animals of all countries. The parasitic diseases of the fur­bearing animals have also been included, because this branch of livestock farming has assumed an importance that deserves the full attention of the veterinarian. If any important parasites of these animals have been omitted, it is only because discrimination on the subject is difficult at the present stage of our knowledge.