Toxocara is a parasitic helminth worm which continues to stimulate both public concern and scientific interest. 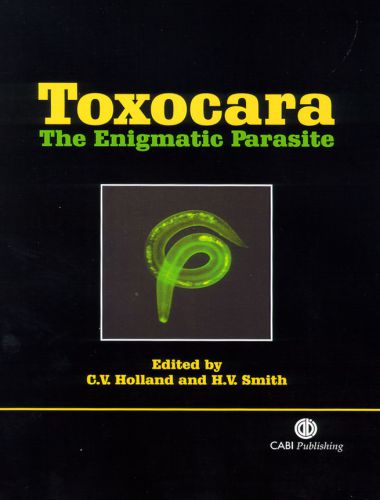 Toxocara canis and T.cati, the most studied species, are gastrointestinal parasites of dogs and cats and their eggs can contaminate the environment, thus exposing humans and other mammals and birds to infection. Many questions remain unanswered about the host-parasite relationship, its epidemiology and public health significance. Download More: Canine Parasites and Parasitic Diseases

Veterinarians and clinicians are interested in its importance as a zoonosis. The parasite’s capacity to cause ocular disease is of concern to ophthalmologists, while its propensity to stimulate allergic manifestations is of interest to allergologists, dermatologists and respiratory medicine specialists. Furthermore Toxocara provides a unique model system to explore questions in parasite biology.This book provides a comprehensive review of Toxocara and the disease it causes known as toxocariasis.

Toxocara canis and Toxocara cati are cosmopolitan gastrointestinal parasites of canids and felids, respectively. Infective ova excreted by these highly fecund parasites contaminate the environment extensively exposing paratenic hosts, including humans, to the risk of infection. Many seroprevalence studies worldwide indicate that exposure to infection in humans can be high, particularly within certain geographical locations, but the relationship between seropositivity and disease is far from clear. In paratenic hosts, including humans, larvae do not develop to maturity, but undergo migration through the liver and lungs to reside, in an arrested developmental state, in various soft tissues and organs.

A variety of disease states are described but some symptoms are not well understood and require further elucidation. Of particular public health concern is larval invasion of the eye (ocular larva migrans) and the potential for visual impairment. Central nervous system involvement also occurs in paratenic hosts, although the public health significance of small numbers of larvae in, for example, a child’s brain, remains unclear. Toxocara larvae accumulate in the murine brain causing behavioural alterations, including impairment in learning and memory, which are dependent upon the intensity of infection. The mouse model of cerebral toxocariasis may prove useful for interpreting the impact of chronic helminth infection on cognitive development, a relationship that has been very difficult to unravel in humans.