Tigers of the World. The Science, Politics, and Conservation of Panthera Tigris

Tigers of the World. The Science, Politics, and Conservation of Panthera Tigris 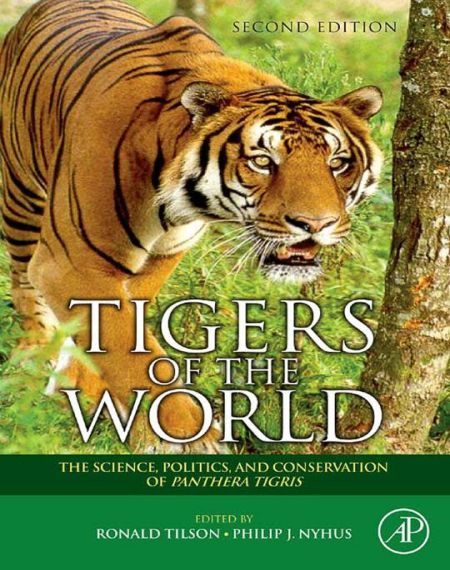 The biology of tigers was known from only a few field studies and a handful of studies in captivity. In many areas, we had relatively little idea where tigers were located in the wild, or their ecology. The human dimension of tiger conservation was even less understood. Two decades later, we have experienced a revolution not only in what we know about the biology and conservation of this species, but in how we obtain and disseminate this information.

Infra-red camera units, geographic information systems, and genetic analysis are just three scientific tools that were in their infancy then, but today are core technologies for the study of tigers. Tiger Conservation Landscapes, economic compensation pro-grams, anti-poaching teams, and conservation partnerships are examples of conservation tools that have appeared in the intervening years. In this fast-changing world of conservation, there is a need to summarize the vast and current state of the art, to put this in historical perspective, to evaluate what worked and what did not, and to speculate on what yet remains to be done.

Despite the dramatic improvements in what we know about tigers, how we are obtaining this information, and substantial investment in tiger research and conservation, the challenge facing tigers today is even more daunting than it was twenty years ago—the simple fact is there are fewer wild tigers today than there were two decades ago. Asia is home to some of the world’s most populous countries, the world’s fast-est growing economies, and is experiencing some of the most rapid habitat conversion and industrial development in history. The epicenter of the global debate over nature conservation and economic development is Asia, and the tiger is the dominant and the most emblematic species in this debate.

Next Post
Handbook of Avian Medicine 2nd Edition by Thomas