The Rabbit: Husbandry, Health and Production

The Rabbit: Husbandry, Health and Production, Despite considerable progress in food production in the last 30 years, 800 million people in the world are still undernourished. This is not only because of food deficits and inadequate distribution: the incomes of the poorest are too small to allow them to procure wholesome food in sufficient quantities.

The Rabbit: Husbandry, Health and Production 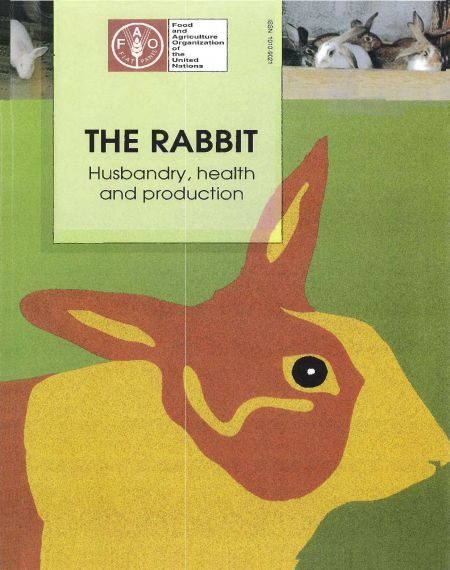 Livestock production is a major component of farm economies in developing countries, contributing not only food but also hides, fibres, fertilizer and fuel, as well as a modest, interest-producing capital which can easily be mobilized when unforeseen needs arise. In addition, livestock, whether large or small, are part of the social and cultural reality of several million small farmers, for whom husbandry represents an element of economic stability and sustainability.

More land will have to be allocated for food production, reducing the feed resources (natural rangeland, pastures, forage) available to feed this growing population, as can already be seen in Asia. Even so, appropriate technology can release additional harvest residues and agro-industrial by-products which can be used for livestock feed. Clearly, enhanced food production requires more efficient utilization of natural resources and the development of alternatives such as rabbit husbandry.