Previous Post
Where There is No Vet by Bill Forse

Rebhun’s Diseases of Dairy Cattle 3rd Edition, Writing the preface to a book is conventionally an after-thought, something to be undertaken when the long and arduous tasks of writing and editing the text are nearly complete. 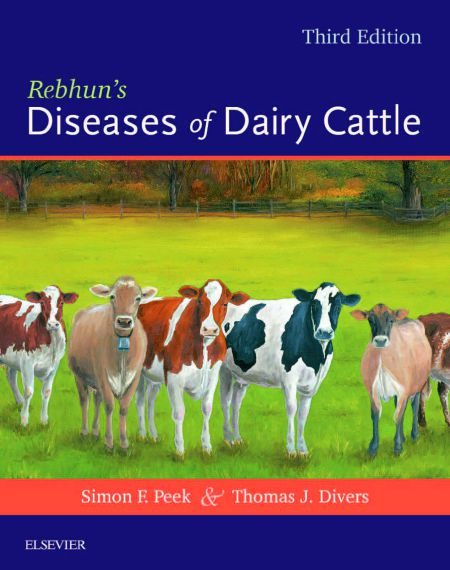 Critically acclaimed authors and those with gravitas and standing often have the preface to their work written by a famous individual or public figure: Tom and I are writing our own. On the basis that those people who purchase this third edition are rather more interested in substance than literary style, we shall be brief. This book represents the collective work of multiple authors, the majority of whom still have some connection to Bill. In the elapsed time since publication of the second edition, three close colleagues and friends of Bill have passed away; the world, let alone the veterinary profession, is a poorer place for the passing of Drs. Francis Fox, John King, and Bud Tennant. Each of them defined excellence in their chosen fields and had contributed to the first two editions of this book with content, comment, images, and inspiration.

Anyone with knowledge of Drs. Rebhun and Fox will be unable to avoid a smile, likely a chuckle, at the prospect of the two of them being reunited in some way. Bill would have been the first to say that his approach to veterinary medicine was strongly fashioned from the teachings of Dr. Fox, and as the latter said in his dedication to the second edition, Bill was the best he ever taught. It is in that spirit of striving for excellence that we assembled the contributor list for this third edition, and we are immensely grateful for their time, effort, and expertise; their outstanding contributions comprise the real substance of this latest edition.

Undoubtedly, our goal has been to bring the most up-to-date information on diseases of dairy cattle together in one resource, adding a new chapter on diseases of dairy bulls and increasing the number of images and video clips that are available through web links. There are still substantial portions of the text that remain unchanged from when Bill wrote the first edition, on stacks of legal pads, patiently typed and collated by his secretary Mrs. Carolyn Richards, another who is no longer here to thank in person. Transcribing and editing a book has changed somewhat since the mid-1990s, but that does not lessen the debt of thanks that Tom and I owe to Penny Rudolph, Jolynn Gower, and the editorial team at Elsevier; their patience and forbearance have been sorely tested and found to be seemingly limitless. The video web page is a new feature of this edition, and we thank Cindy DeCloux and Julie Powell at Cornell for organizing and maintaining the site.