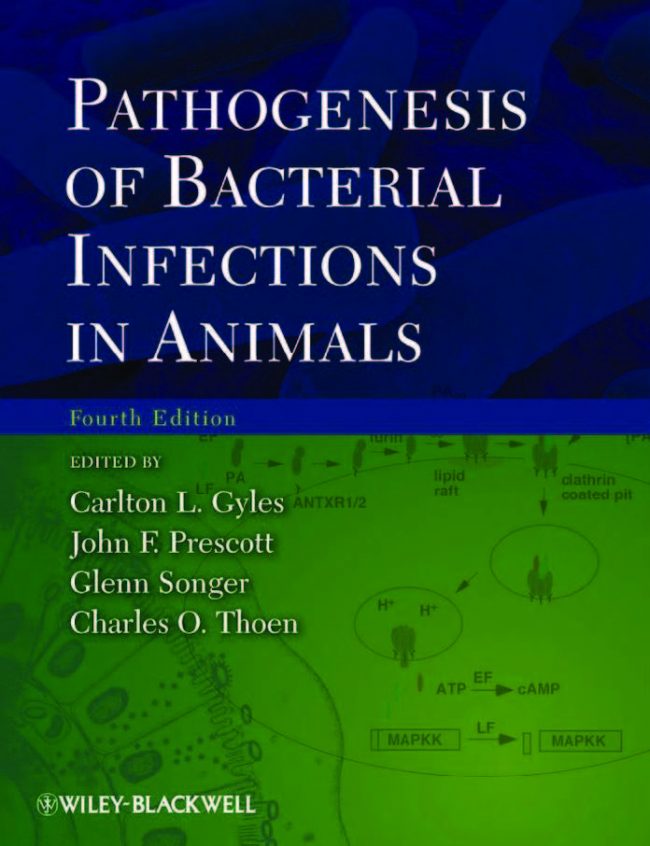 The book is the product of the efforts of 74 authors, all experts in the ﬁeld on which they have written. The authors come from 13 countries: Australia, Brazil, Belgium, Canada, Germany, Ireland, Israel, Mexico, Norway, Switzerland, the United Kingdom, the United States, and the West Indies.

There have been a few changes in the chapters that were present in the third edition. We omitted the chapters on Shigella and Erysipelothrix rhusiopathiae. We decided against a chapter on Shigella because its primary importance is as a human pathogen and on E. rhusiopathiae because there is a very limited literature on mechanisms of disease by this organism.

This is likely because effective vaccination and control of the disease have reduced the opportunities for funded research on pathogenesis. We added a chapter on subversion of the immune response by bacterial pathogens, because this subject is an important and under emphasized aspect of pathogenesis of many bacterial infections and there have been new insights into the mechanisms employed by bacteria to thwart the host immune response. We presented Pasteurella and Mannheimia as separate chapters to reﬂect important differences in pathogenesis in these two genera.

This book is possible because a vast number of people believe in sharing their knowledge and perspective with the rest of the bacterial pathogenesis community. It is based on the work of hundreds of researchers, whose ideas, innovation, and research skills have produced the body of knowledge on which we draw.

The authors of the chapters in this book have presented captivating stories of bacterial pathogenesis based on their work and that of their colleagues. Several authors created illustrations that are valuable adjuncts to description of pathogenesis. In many cases, publishers and colleagues kindly gave permission for the use of illustrations in the book.