Previous Post
A Field Guide to Hummingbirds of North America

Mycobacterium Bovis Infection in Animals and Humans, 2nd Edition, Considerable progress has been made toward the eradication of tuberculosis caused by Mycobacterium bovis from domestic animals. However, sporadic out-breaks continue to occur in many countries in which the disease was nearly eliminated. 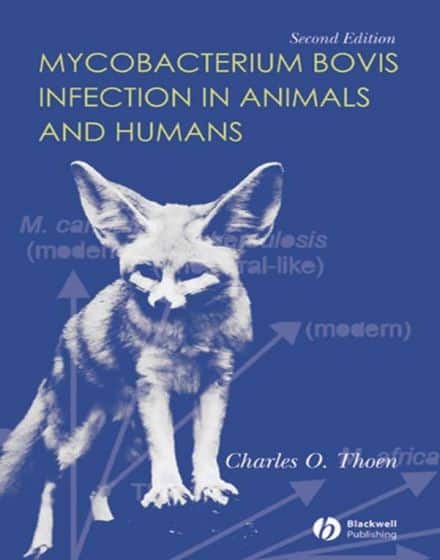 The importance of M. bovis outbreaks in wild and alternate species and the effects these disease outbreaks have on control of tuberculosis in cattle, other domestic farm animals, captive wild animals, and humans is of concern to public health and regulatory ofﬁcials throughout the world.

The importance of various host factors in providing protection against virulent mycobacteria has been investigated in several laboratories; however, deﬁnitive in-formation on their importance in host resistance remains unclear. Most recently, studies on the role of nitric oxide indicate that it may contribute to inhibiting the multiplication of tubercle bacilli and participate in the intracellular killing of these organisms. Other reports indicate that cell wall components may be important in entry and survival in the host macrophage. Many individuals are infected with tubercle bacilli, and a percentage develops progressive disease and dies. Therefore, it would be important to identify host factors responsible for resistance to develop interventions that limit the disease process. The development of multiple-drug-resistant (MDR) strains of the M. tuberculosis complex and the isolation of MDR strains from animals and humans further emphasizes the need to obtain an improved understanding of the host mechanisms associated with protection.

It is the purpose of the second edition of this text to provide medical professionals, allied health scientists, research workers, diagnosticians, and graduate students with current information on the signiﬁcance of M. bovis in the control and eradication of tuberculosis in animals and humans. The book also includes current updates on the status of M. bovis infection in animals and humans in countries in different regions of the world. This information is of value to public health ofﬁcials, state and federal regulatory veterinarians, practitioners, and producers interested in the importation of animals for herd additions.

Next Post
Essentials of Avian Medicine and Surgery 3rd Edition