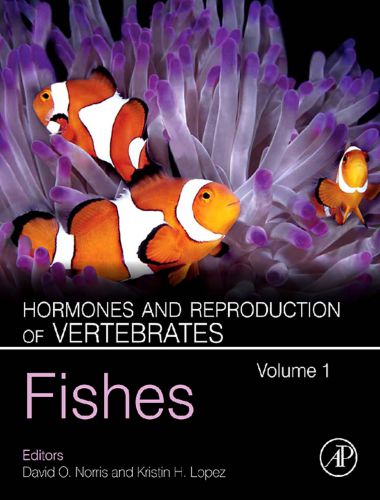 Fishes represent the most diverse and abundant para-phyletic category of vertebrates. They also have experienced the longest evolutionary history. The endocrine system of ﬁshes is the prototype vertebrate system; it has undergone extensive evolution within the ﬁshes and has provided the basic foundation for the reproductive endocrinology of all vertebrates. Additionally, ﬁshes are of great economic importance for humans as they provide billions of tons of food annually.

Unfortunately, in spite of their seeming abundance, the numbers and diversity of ﬁshes are decreasing in the face of persistent human impacts, not only because of their commercial uses but as a result of extensive chemical and thermal pollution of freshwater and marine habitats. Our understanding of ﬁsh reproductive endocrinology is basic not only to understanding the reproductive endocrinology of other vertebrates but also to the continued survival of ﬁshes.

In this volume, we focus on the basic components of the reproductive endocrinology of ﬁshes, setting the pattern we have followed in all subsequent volumes of this series.

We begin by looking at sex determination, neuroendocrine regulation of the hypothalamic-pituitary-gonadal axis, and basic aspects of ovarian and testicular function. Additional chapters deal with the roles of pheromones and stress, and the effects of thyroid function on reproduction of ﬁshes, as well as the endocrine control of reproductive behaviors, including sex reversal, exhibited by certain teleosts.

Special chapters deal with hormones during the reproductive cycles of agnathan ﬁshes (lampreys, hagﬁshes), sarcopterygian ﬁshes (lungﬁshes), and chondrichthyan ﬁshes (sharks and their relatives). The teleost ﬁshes, which represent the largest segment of living ﬁshes by far, are also the best studied. Consequently, they are thoroughly covered throughout the basic chapters in this volume. The ﬁnal chapter in this volume addresses the growing problem of disruption of the ﬁsh reproductive system by hormone mimics and antagonists, which are appearing in the aquatic environment as a consequence of widespread chemical pollution and hence are capable of reducing the reproductive potential of ﬁshes on a worldwide basis.

Next Post
Hormones and Reproduction of Vertebrates – Volume 5 Mammals