Dollar’s Veterinary Surgery – General, Operative, and Regional, TEN years ago, whilst studying in Milan, I was invited to undertake certain duties as demonstrator and teacher at the Royal Veterinary College, London. 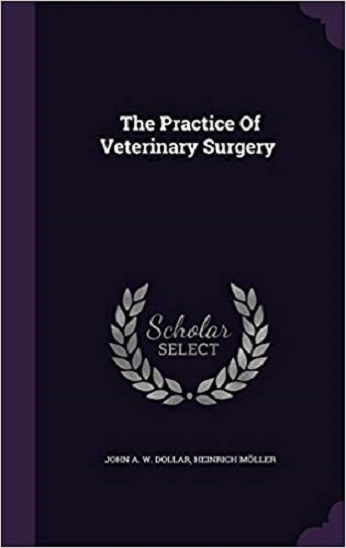 Although finally I was unable to accept the terms of invitation the proposal so far influenced me as to bring about a species of mental stock-taking, the first result of which was the discovery of my own lamentable ignorance regarding much that I had been asked to impart to others; the second, a resolution to amend this state of things as soon and as thoroughly as possible.

The work I then undertook has been helpful to myself, and I have reason to believe that the portions published have not been without value to others. The present effort is perhaps of a more ambitious character than its predecessors, and aims at furnishing English readers with a concise account of the most recent views regarding the practice of veterinary surgery from the standpoint of both British and Continental authorities.

It will be divided into three volumes, of which this is the first ; the second volume will deal with General, and the third with Regional Surgery. The second and third volumes are now in hand, and I trust that one, at least, may be published shortly. Regarding that now submitted, however, I trust no one will be deceived into ascribing to me greater merit than I possess. Veterinary science has become too specialised for any writer to rely solely on his own experience, and, like many much more eminent men, I have found my chief usefulness less in enlarging than in rendering available existing stores of knowledge.