Dentistry in Rabbits and Rodents PDF. After having worked in the areas of orthopedics and soft tissue surgery of dogs and cats for almost 15 years, there was a sudden change. 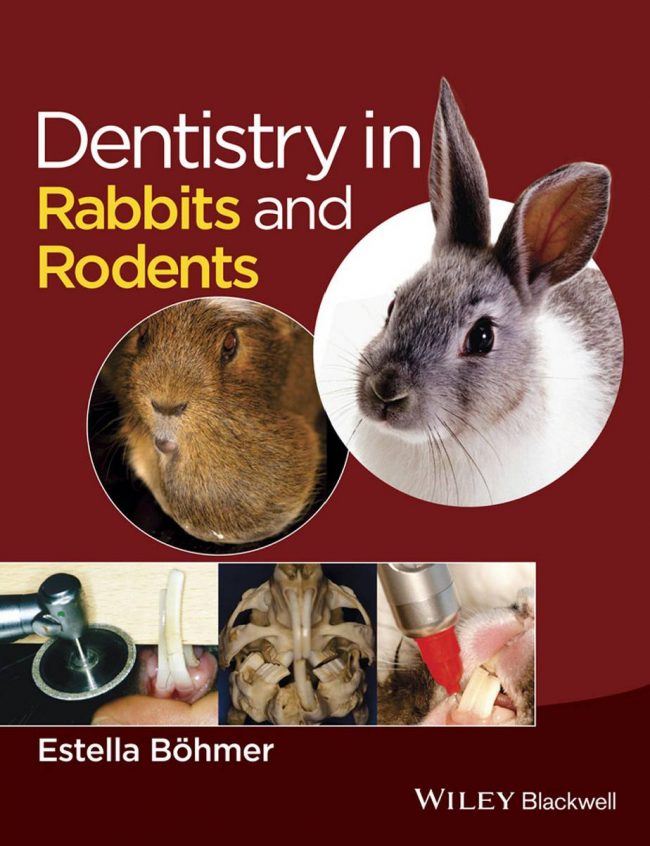 From now on I would be in charge of setting up and leading the small mammal (pet animal) ward of the Surgical Hospital. That was in 1996. While I had plenty of experience in orthopedics and soft tissue surgery in lagomorphs and rodents, and also knew how to treat dental disorders and jaw abscesses, I  did not have a profound knowledge of the species- specific anatomy of the teeth and the gastrointestinal tract in different animals. Since there were hardly any books on the topic at that time, the challenge was to gain that knowledge by myself – step by step.

My biggest role model was Dr David Crossley in Manchester, UK, a man with an impressive professional knowledge starting from his PhD doctorate, who was able to impart that knowledge in such a clear and coherent way. Inspired and led by Dr Peter Fahrenkrug, the first seminar of the Bundesverband Praktizierender Tierärzte e.V. (National Association of Veterinary Surgeons) on dentistry in small mammals took place, and I had the chance to contribute as one of the main speakers.

Pet odontology started to become my “hobby” and has remained so ever since. Dentistry in lagomorphs and rodents is a highly interesting field of work, with the diversity of different findings being particularly fascinating. As soon as one is familiar with the subject matter, it is simply out of the question to give up on a case until the cause of the problem has been found – even though an adequate therapy can often not be offered then because unfortunately the patient was presented for treatment too late. It is some consolation that even if patients eventually had to be delivered from pain, they would at least have been spared a lot of suffering beforehand.