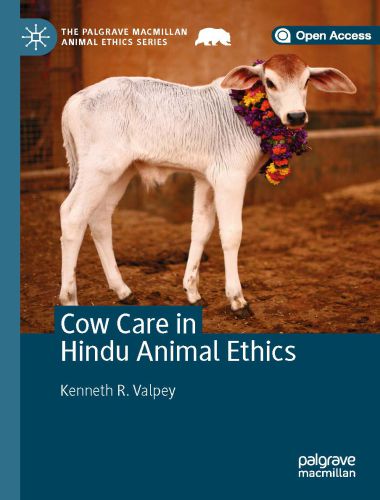 Growing up in suburban America, my connection with cows was almost exclusively through drinking their milk—delivered to our door in glass bottles—and in eating their meat at supper. Not until several years later, when I became a “Hare Krishna” monk (and thereby, a vegetarian) and eventually was stationed at the mission’s small farm in Bavaria, southeast Germany, did I begin to have growing awareness of cows as beings with lives of their own.

Those twenty-odd cows were to be cared for their entire natural lives—a practice introduced in a few nascent Western Krishna farm communities by their founder, my spiritual guide, A. C. Bhaktivedanta Swami Prabhupada. Cows became, therefore, part of our lives, an important reason why we lived as we did, pursuing an ideal of “plain living and high thinking,” as Prabhupada urged us to do. Horses in Company 1st Edition

As I began visiting India (first in 1978, then almost every year since then), I saw how cows are part of the everyday landscape in most places there, whether country, village, town, or city. As different as this was from my experience of cows in America and Germany, it strangely made sense: humans and cows somehow belong together. But gradually I learned more about cows in India. On the one hand, they are treated as special, even worshipped. On the other hand, many cows are neglected, and increasing numbers (millions) are victims of a burgeoning beef and leather industry. I also learned that years of political and legal action on behalf of cows had done relatively little for them. How to understand these anomalies?