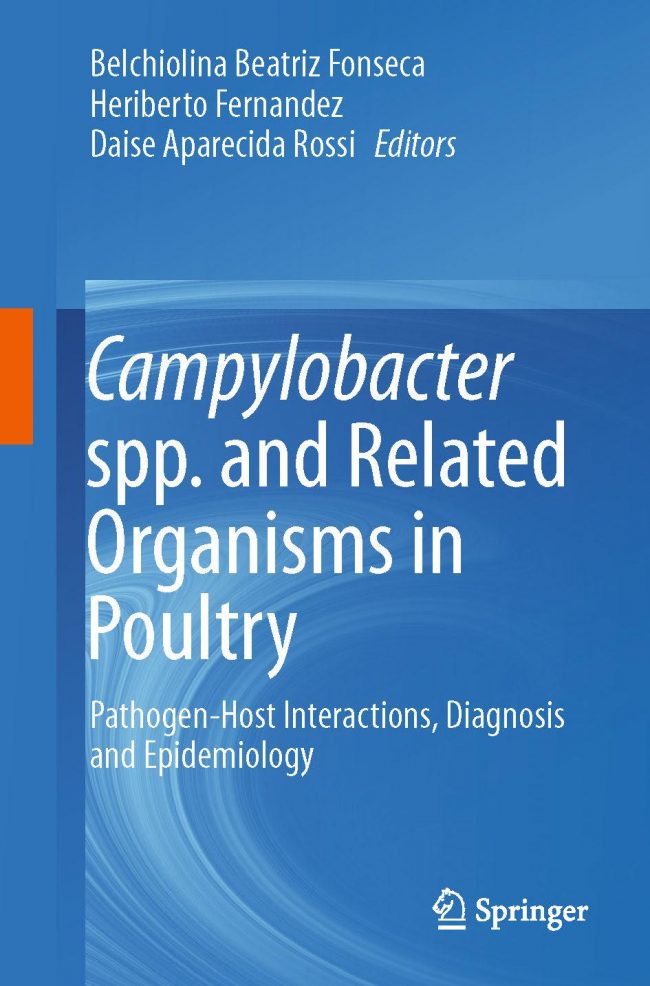 Because this book on Campylobacter in poultry originated in Latin America, the data herein are speciﬁc to this geographic region.

The study and understanding of Campylobacter’s relationship to poultry are important because chickens are large reservoirs of these microorganisms. In addition, poultry are responsible for several enteric disorders in humans caused by Campylobacter.

This book is divided didactically into 11 chapters. The information is presented in a logical sequence to aid in the understanding of Campylobacter spp. in poultry. This is a modern presentation of a didactic work, aiming to provide technical knowledge to students and researchers.

The traditional approach to Campylobacter being a commensal or a pathogen is also discussed, as well as the epidemiology of Campylobacter in farms, its control in commercial poultry production, and its ability to survive and multiply in poultry industry. Other important aspects of Campylobacter are also covered, such as antimicrobial resistance and incidence of other species of Campylobacter (non-jejuni/coli Campylobacter) and other related genera, such as Arcobacter and Helicobacter, in poultry.

All 23 experts who collaborated on this book have experience in their subjects of expertise, allowing the inclusion of their personal knowledge that has not been formally published elsewhere and thus further enhancing the work. Another great feature of this book is that it brings together experts from three continents, including the countries of Brazil, Chile, Costa Rica, the United States, South Africa, the United Kingdom and Germany.