Advances in Animal Science and Zoology Volume 10 PDF. Chapter One reviews the ninety year period from 1925 to 2015 of working on cingulates cytogenetics, showing the importance of chromosomal analysis for the systematic identification of species and in making decisions about reproductive crosses in captive animals. 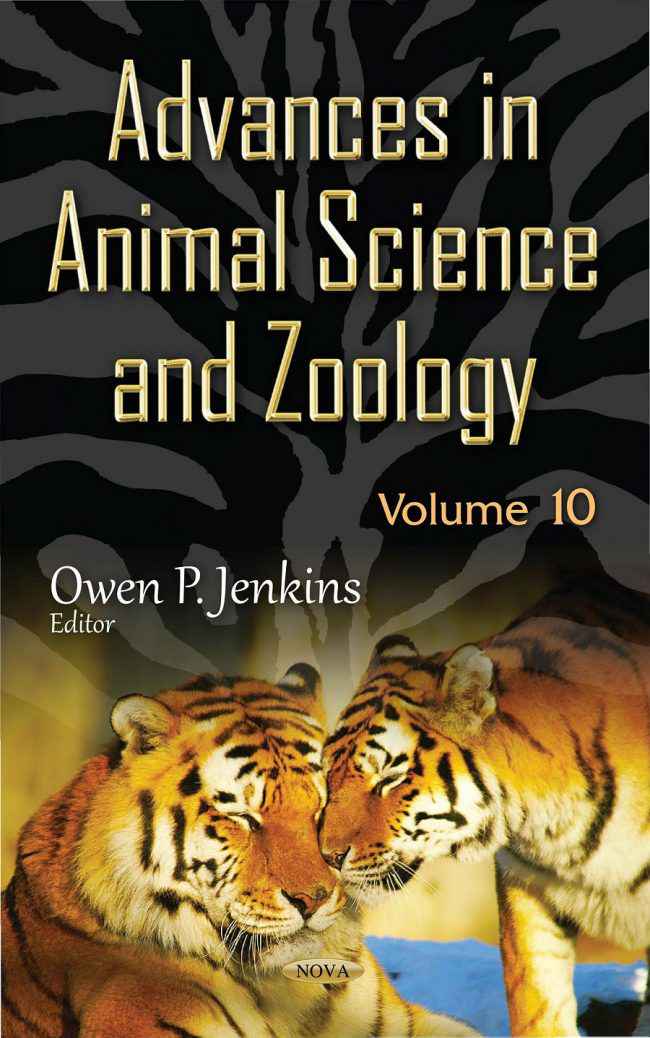 In Chapter Two, the authors present an overview of the biology, economic impact, behavior, major outbreaks and possible prediction of attacks by the Moroccan locust Dociostaurus maroccanus (Thunberg). The mating strategy of the male desert locust Schistocerca gregaria depends on its capacity to increase their fitness. Chapter Three analyzes the choice made by the male when it has the possibility to choose between a mated or a non-mated female.

In South America, the six-banded armadillo is constantly exploited as a source of food, even if biomedical research highlights its importance as natural reservoir hosts for the bacterium that causes leprosy (Mycobacterium leprae).

Chapter Six covers the current knowledge on the reproductive aspects of the species, both for male and female, and to point some perspective of studies on assisted reproduction focused on its conservation or multiplication. Chapter Seven describes the anatomy of eight internal organs of the bottlenose dolphin (Tursiops truncatus) and process them through plastination technique, characterizing and pondering the generation of useful structures for different purposes in field dolphins´ anatomy. Chapter Eight determines the profile of social alliances among bottlenose dolphin groups in northern Gulf of Mexico at Veracruz State, Mexico.